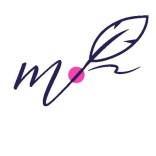 What are the factors that cause autism in children?

This a question most scientists, researchers and parents of autistic children wants to find out.

A study done in 2014 revealed that autism may start developing during pregnancy.

Researchers investigated samples of postpartum tissues from 2 groups of children. Group 1 was autistic children, and group 2 was typically developed children.

What they discovered was shocking.

As far back as the second trimester, they discovered that some cells are not where they are supposed to be in children’s brains on the spectrum. During normal brain development in the womb, a child’s brain cells migrate to a specific part of the brain. But that wasn’t the case in the brains of autistic children. Cells didn’t migrate in the brains of children with autism.

Although this study isn’t comprehensive, it is enthusiastic. This research has enabled scientists to identify when this glitch in development appears. Knowing the exact time will help them understand why and how autism takes place.

Still, we aren’t sure if this brain cell difference is due to environmental factors or genetic factors. However, this study is a good start in helping us figure that out.

Watch this video to learn more about the study.

Co Parenting Vs Parallel Parenting: The Battle for Kid’s Hearts

How to Lose Postpartum Weight [9 Tips for Faster Weight Loss]